Back to blog & news
In recent years, Queensland’s prime weather, relaxed lifestyle and affordable housing has made Queensland the #1 destination for interstate immigrants across Australia.

With tens of thousands of owner-occupiers moving from Sydney and Melbourne to Queensland, Australia’s sunshine state, and it’s two major cities, Brisbane and the Gold Coast have seen a dramatic growth in population and infrastructure.

Our dedicated research team at Ironfish have carefully followed the Brisbane and Gold Coast markets and recently identified an intriguing suburb with an astonishing population growth rate of over 20%!

So what makes Pimpama such a hot-spot for growth? And why are so many Australians looking to move there?

With only a one hour drive separating Brisbane and the Gold Coast, many forget how close Australia’s third-largest (Brisbane) and sixth largest (Gold Coast) cities are.

Situated only a short drive from the M1 Motorway corridor, Pimpama is positioned 26 minutes from Surfers Paradise and 40 minutes from Brisbane’s CBD. Being in this prime location allows Pimpama residents direct access to both cities’ infrastructure, employment and cultural hubs, of which includes Queensland’s new Health and Knowledge precinct. Home to over 20,000 students and 26,000 new jobs, the $5 billion Health and Knowledge precinct is only an 18-minute drive away from Pimpama.

On top of being located between Brisbane and Gold Coast, Pimpama benefits directly from Queensland’s era of major infrastructure development as part of the Gold Coast City Council.

Recognising the rapid development and population growth within Pimpama, the Government has in schedule a new Pimpama railway station for residents to travel between Brisbane and the Gold Coast. The new station is expected to be operation by 2024.

However, Pimpama’s popularity and population growth is not only due to the Gold Coast’s larger developments. There are also large-scale plans for Pimpama as a suburb. With the new $82 million North Gold Coast Sports and Community Hub set for completion mid 2021, Pimpama will be the proud owners of these sporting amenities including a new water sports venue, community centre, tennis court, fitness centre, outdoor netball facilities, community parks and more! 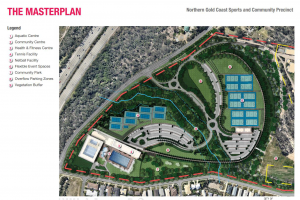 In addition, the council-backed proposed Coomera Town Centre is also only 4 kilometers away.  Home to Gold Coast’s new Civic Hub development project, the hub will be the Gold Coast’s first regional integrated community facility to be built on land adjoining Coomera’s current Westfield. The community hub will house a new library, youth hub, auditorium, co-working spaces and a customer service centre. As the Gold Coast continues to grow, this Civic Hub will become a central area to attract and accommodate for Gold Coast’s expected population growth. 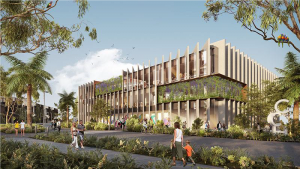 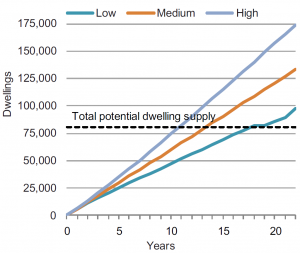 Compared to the rest of the Gold Coast, Pimpama residences have a higher proportion of medium-to-high income earners, which is another core reason why Pimpama’s real estate market has performed well in the past. From a fundamentals perspective, Pimpama’s rental yield of 5.3% for houses and 5.1% for units and townhouses, along with its extremely low vacancy rate of 0.9% in July 2020, Pimpama is one of Australia’s most exciting and promising suburbs. 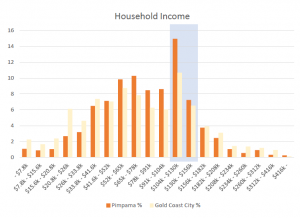 In light of Pimpama’s rise in popularity and growth potential, Ironfish has identified a quality property recommendation for our investors – Arbour Residences. With positive cash flow 3-bedroom homes on offer for under $450,000 it’s a unique opportunity to take part in.